Remember the history, face the future 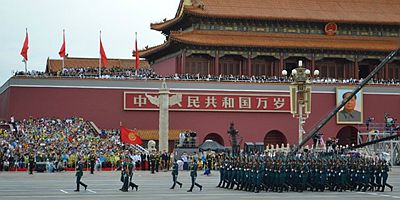 To mark China's Anti-Japanese War and the 70 anniversary of the victory of world anti-fascist war, in order to make the people of the whole country widely participate in the central and regional departments ceremonies, September 3 to 5, 2015, the national off for three days.

Notice in March 2015 the state council publishes activity, the activity the subject is "remember the history, the memory of martyrs, cherish peace and create the future", make overall arrangements and the memorial activities.

Ethnic sense of mission and sense of justice and peace loving heart is the soul of a nation. Similarly, the strong development of a company depends on good corporate culture.

Shanghai Clirik Machinery devoted to crushing and grinding machine field. As a fast developing company, during these 3 holidays, we also have our on line sales engineer to serve for you.