Shanghai Clirik share with you the story of Double Ninth Festival

Double Ninth Festival has a history of more than two thousand years. It originated in the Spring and Autumn period. In Warring States period, Chongyang has been valued, but only has activities in the Imperial Palace. 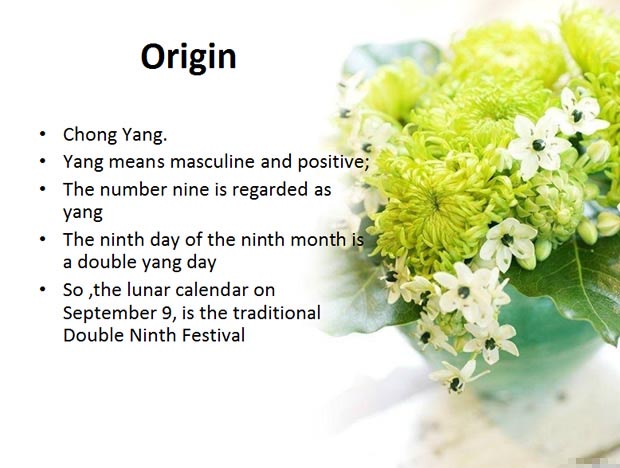 In Han Dynasty, convention of Double Ninth Festival began to be popular. According to legend, the Han emperor Liu Bang's imperial concubine-Concubine Qi was murdered by Queen Lu, a maid Jia Shi of her was expelled from the palace, married the poor wife. Jia puted the Chung Yeung's activities to the folk. She said, in the palace, on the ninth day of the ninth month of lunar calendar, palace people wear dogwood, food canopy bait, drink chrysanthemum wine, in order to longevity. Since then the customs of Chung Yeung spreads in folk.

September 9, 1989 is designated as the Day of the elderly, and it advocate the whole society to establish the ethos of respect the elderly.

On May 20, 2006, Double Ninth Festival was listed into first batch of national intangible cultural heritage list.

I believe this article will help you understand the traditional Chinese festivals - Chung Yeung Festival, and if you are interested in mining equipment-grinding mill or ultrafine milling machines, please contact us or leave message on our website.